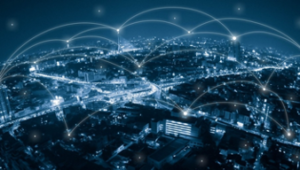 Did you know that translation has been used since Mesopotamia?

Indeed, the Sumerian poem The Epic of Gilgamesh was translated into Asian languages in as far back as the 2nd millennium BC.  Roman poets later translated Ancient Greek texts, adapting them to create literary works.

Then the internet came along, forging the growth and expansion of translation around the world. The web has revolutionised the way we gain access to different countries, making translation an essential tool for global communication.

The digital transformation and the rapid rise in international trading has made translation an indispensable part of our lives.

Practically all the products and devices we use feature translation, such as user manuals and user interfaces.

Translation needs have evolved over the years and are certainly more prevalent than in Ancient Greek times. Today we are facing yet another revolution: artificial intelligence, whose arrival is connecting more and more of the devices we use on a daily basis (fridges, smartphones, alarms, etc.).

They say that machines will soon outdo humans, but is this also true for translation?

In our multilingual world where exchanges are increasingly frequent, translation becomes key not only for the economy, but also for companies and, more generally, the evolution of our civilisation.