Did you know that among the 7,000 languages in existence, only 2.5% of them are spoken by nearly 90% of the world population (which is more than 7 billion inhabitants)? Within this haze of languages, there are nearly 1.5 billion English and French speakers, with Mandarin and Hindi following close behind.[1] Yet, when dealing with international exchanges and diplomacy, it is the language of Shakespeare which has slowly risen to the rank of reference language. 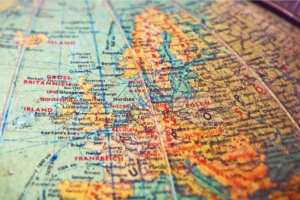 A Means of Uniting Countries

If we refer to the population per country, Mandarin and Hindi are well ahead; but it is interesting to note that in terms of the number of countries, English, French, Arab, Spanish and Portuguese are the most common languages!

Throughout the course of history, certain languages have taken on the role of catalysts, benefiting cooperation between countries based on historic relations. Indeed, in the 19th and 20th centuries, the colonisation of American, African and Asian continents played a significant role in the global expansion of western languages.

This historic past has also ultimately fostered the development of international institutions, bringing together countries that are geographically and culturally far apart. In doing so, faced with a unifying linguistic challenge, these cooperation politics underpin close collaboration between member States on other strategic levels (such as economic, social and military).

A Means of Asserting Identity

Language can be perceived as a challenge of power and can become an object of conflict. It is all the more the case in certain regions where Nationalist movements exist, like in Catalonia.

Thus, preferring the local dialect to the national language is not always an innocuous choice and can be supported by a true political conviction. By imposing their language, Nationalists therefore ensure a certain recapturing of their territory.

It should also be noted that in 1992, with the European Charter for Regional or Minority Languages, the Council of Europe encouraged the protection of regional and historical minority languages of Europe – some of which risk disappearing with the passing of time – in order to contribute to maintaining and developing cultural traditions and riches in Europe.[2]

Therefore, through the promotion of its language, a linguistic power is capable of ensuring influence on an international scale, guaranteeing a certain homogeneity. Conversely, a language can equally be a vector of differentiation and cultural assertion, like Catalan differentiating from Spanish.

It seems therefore that in one sense or another, the linguistic issue can transform into a true geopolitical instrument! 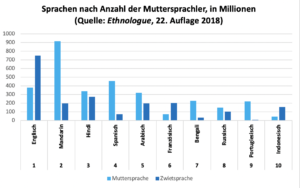